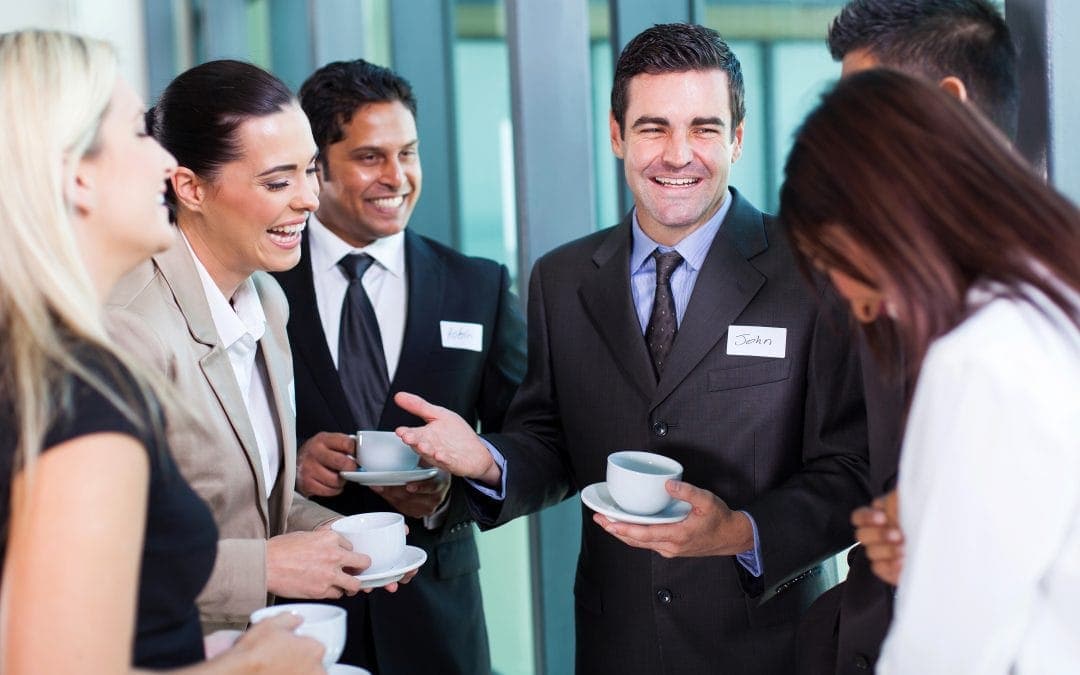 Networking is a crucial part of your future career advancement, especially if you’re newly graduated or have already done a long career in the business world. For instance, most positions are filled through direct search by headhunters and so forth. If you don’t have a strong social network, you’re going to miss out. Getting ahead at business is a challenge and we should use every skill we have to make it a bit easier. Networking is a fantastic way to get those connections and use them to advance your career. Besides career advancement, not only does networking give a fantastic opportunity to grow professionally, but also an opportunity do some social selling while you’re at it.

When one is going to networking events there are a few ways to make networking easier, effective and more pleasant. Most of us aren’t natural-born networkers after all. Let’s go through together what those tips and tricks are we could utilize.

A natural reaction when going to networking events alone is to arrive late. The challenge with this strategy is that when you arrive late. people have already built groups and are immersed in their conversations. Making it more difficult for you to join in. When you arrive early, there are only going to be a couple of people there. This way you automatically end up being part of a group and part of the conversation.

When going to a networking event, you want to set a goal. This is to focus your efforts on the right people who’ll potentially give you the largest benefit. Don’t let this fool you though. Networking should never be completely done to do your pitch or to sell hard. Using events only for self-promotion makes those situations very awkward. Networking is at the end of the day is a meeting of two people. Who in best cases provide something valuable for each other. The ideal situation is, of course, one where you end up getting some added sales. Do not let sales be your only reason to network though. A strong network means strong individual relationships, that’s why using networking only purely for sales, is not a good strategy.

Nobody wants to network with someone who’s grumpy, annoyed or looks like they just ate a lemon. Often the easiest way to send out a positive feeling is to smile! We tend to forget smiling when we are nervous. In those moments when we are nervous, we are focused on our-self. For example questions like: do I look professional? Or am I acting in the right way? We do not engage with our conversation partner in a positive way if we focus on our self. So, remember – a smile goes a long way in networking, a generally positive attitude even longer. When we look like we’re happy and inviting, we also show other people that we’re open to networking and want to network. Making the whole process easier for all parties involved. Chances are, your networking partner might be nervous as well.

Sure, we all enjoy talking about ourselves, but at networking events, we shouldn’t focus on that. Our focus should be at building those quick connections into deeper and longer ones. This way, keeping that connection active even after the initial short meeting, is easier. Be present while engaging with people, and if need be, you can take a quick note after the meeting is over to remind you of what you discussed. When you meet for the second time you can reference this information again, showing that the conversation was important to you. If your goal at the networking event is to get sales, this is also a great way to find out what your potential new customer values.

Anakom is a professional training and coaching house. If you’re interested in becoming a more efficient networker, contact us and let’s build an effective plan that’s tailored just for you in order to make a career advancement happen the way you want it to!